Located along six miles of Pacific coastline in northern San Diego County, Encinitas has an approximate population of 60,000 and is characterized by coastal beaches, cliffs, flat-topped coastal areas, steep mesa bluffs and rolling hills. Our city was incorporated in 1986, drawing together the communities of New Encinitas, Old Encinitas, Cardiff-by-the-Sea, Olivenhain and Leucadia.

The beaches in Encinitas are outstanding. There are many stretches of beach that lie between Cardiff-by-the-Sea and La Costa. The surfing is unbeatable and many surf contests are held throughout the year in Encinitas. The San Elijo Lagoon Reserve is the largest coastal wetland in San Diego County and is home to nearly 300 different bird species throughout the year.

Foreclosures will be a factor impacting home values in the next several years. In Encinitas 0.0 homes are foreclosed (per 10,000). This is lower than the San Diego-Carlsbad Metro value of 0.5 and also lower than the national value of 1.2

Mortgage delinquency is the first step in the foreclosure process. This is when a homeowner fails to make a mortgage payment. The percent of delinquent mortgages in Encinitas is 0.3%, which is lower than the national value of 1.1%. With U.S. home values having fallen by more than 20% nationally from their peak in 2007 until their trough in late 2011, many homeowners are now underwater on their mortgages, meaning they owe more than their home is worth. The percent of Encinitas homeowners underwater on their mortgage is 2.6%, which is lower than San Diego-Carlsbad Metro at 5.0%.

Data provided by Zillow at https://www.zillow.com/encinitas-ca/home-values/

Data through October 31, 2018. Data supplied by Zillow at https://www.zillow.com/encinitas-ca/home-values/ 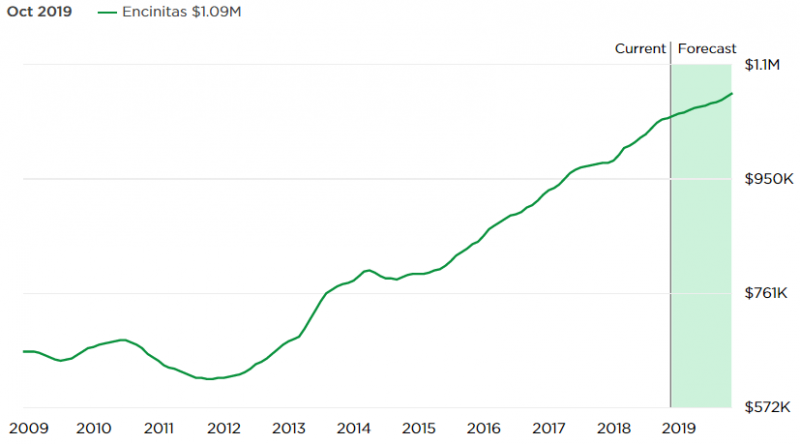 Data through October 31, 2018. Data supplied by Zillow at https://www.zillow.com/encinitas-ca/home-values/ 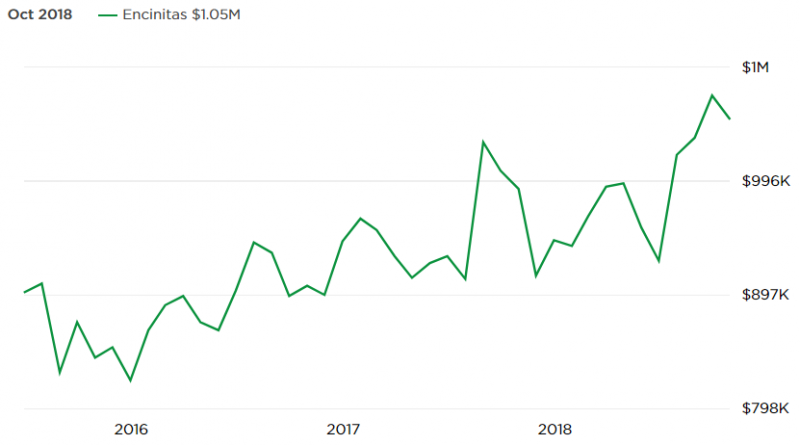 Encinitas is a suburb of San Diego with a population of 62,160. Encinitas is in San Diego County and is one of the best places to live in California. Living in Encinitas offers residents a suburban feel and most residents own their homes. In Encinitas there are a lot of restaurants, coffee shops, and parks. Many families and young professionals live in Encinitas and residents tend to lean conservative. The public schools in Encinitas are highly rated.

Data provided by Niche at https://www.niche.com/places-to-live/encinitas-san-diego-ca/


Start by connecting with Chris

Start by connecting with Chris

COMPASS is a fully integrated team of residential real estate experts serving all of San Diego County. We are a high energy, hard working group committed to investing in both our clients and our communities.

COMPASS was established by seasoned professionals with a common goal to do things differently. The motivation was to build something unique to offer clients more than traditional models could deliver. 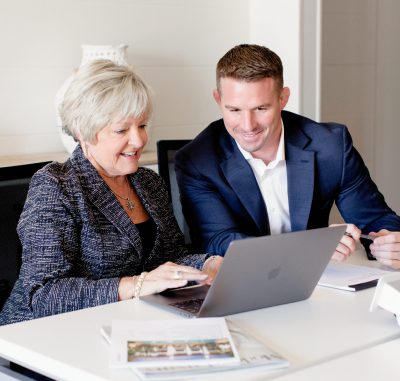 COMPASS is a fully integrated team of residential real estate experts serving all of San Diego County. We are a high energy, hard working group committed to investing in both our clients and our communities.

COMPASS was established by seasoned professionals with a common goal to do things differently. The motivation was to build something unique to offer clients more than traditional models could deliver.

Your Team of Professionals 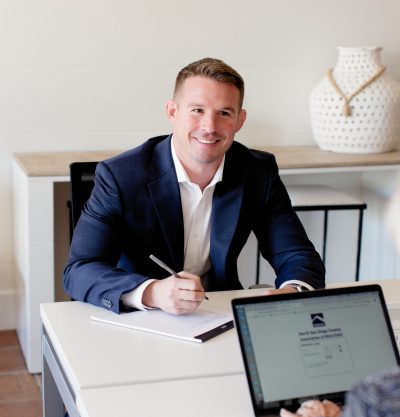 Chris resides in Solana Beach and focuses his efforts in the North County San Diego market. Chris has closed over 200 real estate transactions in his career licensed in both California and Arizona. Motivated by competition Chris enjoys the art of negotiation to carpet the best terms for his clients, excellence is the only option. Chris takes a traditional approach to business while utilizing the most current technology available.

As a listing agent, Chris and his team will sell your home quickly and at the highest possible price. Their team approach to listing a home allows us to mobilize faster getting you the results you want. They take care of everything, home repairs, home preparation, staging, design and property care while on the market. They are a high energy, hard working group committed to investing in their clients. They specialize in the latest marketing technology to ensure your home reaches the globe. Their passion towards technology and marketing does not detract from their traditional approach to business, the client comes first.

Foreclosures, short-sales, investment properties and new construction are all a part of Chris’ team; however the majority of clients are San Diego buyers and sellers. The key to Chris’ and his team’s success is experience which allows them to navigate through even the most difficult and complex situations. They are seasoned Realtors that have a creative solution for each unique situation whether your home is $100,000 or $30,000,000. Prepare yourself for a professional, pleasant and successful transaction with Chris and his team.

Your Best Choice for Success

Our team of associates is the most energetic, driven group of tech and media savvy real estate professionals specializing in Rancho Santa Fe and surrounding communities.

We have an experienced eye for luxury details and the ability to communicate these nuances in both our marketing and in showings. With the right preparation, the right execution and the right energy to finish strong, we have achieved remarkable results at the highest level for a rapidly growing list of incredibly satisfied clientele. 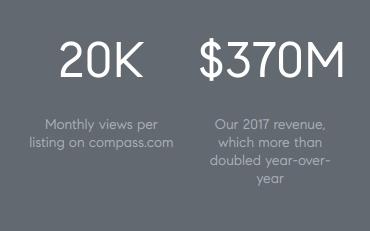 Don't Just Take Our Word For It.

Ican honestly say: Chris sets the standard for RE agents. He’s highly knowledgeable, patient, respectful and responsible, always quick to respond to calls and emails. Though young in years, he’s a “classic professional” in every way. I’ve dealt with many good RE agents in my life, but when it comes to “the total package,” Chris takes the prize. He truly is the RE agent who goes the extra mile. If you buy or sell a house through Chris, I guarantee that you too will welcome the opportunity to give him a glowing review and to highly recommend him to others”

Our family trust hired Chris to help us to sell my deceased mother’s property. Chris inspired confidence from the start and was exceptionally responsive to all communications. He listed our property at an aggressive price and helped us to acquire a selling price over 20K above the asking price with great negotiation skills and close communication with our family. We were greatly pleased with the service and excellent work ethic Chris displayed. We would recommend him to anyone looking to buy or sell property”

Chris is the best real estate agent I know! He is personable, hardworking, organized and responsive and clearly knows the business. He helped me to sell my home quickly and for our asking price. He not only handled the complexities related to that sale, but when I had unexpected surgery and could not do some of the repairs needed to close the escrow, he rolled up his sleeves and helped with some of the repairs!! He also helped me to find a wonderful place to buy in Carlsbad, CA. His depth of knowledge will be saving me a ton in property taxes, as he made me aware of a CA proposition passed that will allow me to carry over the property tax basis of my old property to my new home!”